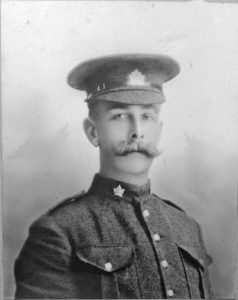 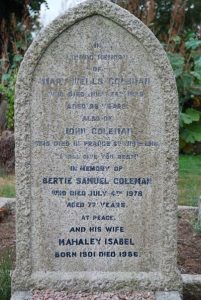 Known as Jack, he was born in Ticehurst on 31st January 1886. By the 1890s the family had moved to Goudhurst where the family’s home was a cottage at Crowbourne. He worked there as a farm labourer before emigrating to Canada, perhaps seeking an opportunity to exploit his skills as a carpenter. He enlisted in October 1914 at Fort William, Ontario, and first arrived in the front line near Ypres in September 1915. He remained in that sector, being killed when the Germans detonated mines beneath the Canadians’ trenches at Hooge, a couple of miles east of Ypres. His name is among those of the missing carved on the Menin Gate.

His name is also on the family grave in Goudhurst.