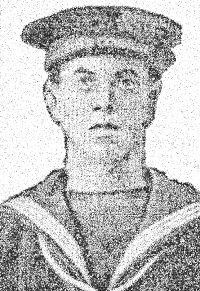 Born at Paley Farm between Cranbrook and Staplehurst on 20th May 1896. By the time of Victor’s death the family home was at Trillinghurst Farm, between Kilndown and Goudhurst. A farm boy until he enlisted at Chatham in January 1915 and he never left Kent. A massive explosion destroyed his ship near the mouth of the River Medway, killing about 370 dockyard workers and sailors, including Victor.
His name is also on the Chatham Naval War Memorial.

Unknown Newspaper Cutting – June 1915
Victor Iden More, second class stoker, who was one of the victims of the explosion which destroyed HMS Princess Irene was a native of Cranbrook, and youngest son of Mr Thomas Moore of Trillinghurst, ….. He was well-known in Cranbrook, Kilndown and Goudhurst where he had resided with his parents up to the beginning of the present year. He joined the Navy on the 12th of January and first went in training on HMS Pembroke, and was next transferred to HMS Africa. He had only been on the Princess Irene a week before the disaster having been transferred to her on the 20th of May which was his 19th birthday. He was born at Paley Farm, Cranbrook.