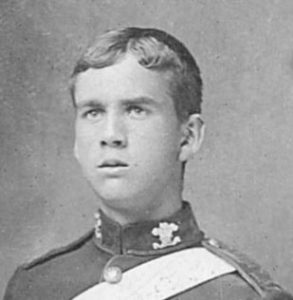 He was born 3rd March 1883 at Wisley Pound, Cranbrook. He joined the 3rd Dragoon Guards and served during the Boer War before settling down in Goudhurst where he married in 1909. The family home was at Stream Farm and later at Monk’s, Goudhurst. At the outbreak of the War in August 1914 he returned to his regiment and was reported missing in action at Zandvoorde, near Ypres in October the same year. His name is inscribed on the Menin Gate